Telefónica aims to turn OSS silos into a data democracy 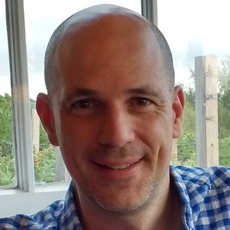 Telefónica is undertaking a massive effort to digitally transform into a data-driven company. One of the first steps is turning silos of Operations Support Systems (OSS) into a “data democracy,” which means making data available to anyone in the company who needs it, according to José Antonio Lozano López, Telefónica’s Head of Service & Network Management Architecture.

“Data becomes the key to all our decision-making processes,” José said, speaking at our recent Virtual Insiders Forum (VIF). “We have to manage the data to make it available and trustworthy for all the company.”

José was joined by Alberto Pereira Fernández, who works on Telefónica’s OSS architecture, in presenting an overview of the company’s strategy. Telefónica began a groupwide transformation program in 2019 called iFusion to apply software-defined networking (SDN) across its transport networks including optical, microwave, and IP. The goal is to align this program with the implementation of a common OSS architecture for Inventory, Service Activation, and Service Assurance capabilities across all the transport domains and eventually automate all processes. 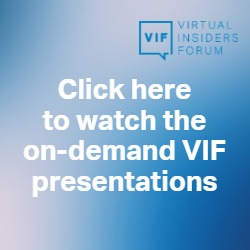 Like most telcos, Telefónica has embarked on digital transformation projects before, but this time is different. The convergence of technologies such as network virtualisation, 5G, Open RAN, network slicing, and cloud computing is introducing a huge amount of complexity into the company’s IT environment.

“This complexity is increasing to a level that…we are not able to manage it in a manual way,” José said. “Also, traditional value chains are becoming a complex partnership ecosystem and that has increased the complexity a lot.”

Telefónica is turning to data analytics and Artificial Intelligence (AI) to address the complexity as the company begins a three-step transformation journey:

You can’t automate what you can’t see

Alberto shared Telefónica’s conceptual domain-based architecture, focusing on planning and inventory. With planning, the goal is to automate the decision-making process for adding capacity as much as possible, he said, noting that a main challenge is “assuring that the required infrastructure is available to deploy any network function on it.”

Alberto sees inventory as “the eyes” of network capabilities. “We took as ours the statement shared by Blue Planet in a recent conference: We can’t automate what we can’t see,” he said.

In addition, we discovered that it is critical to have a single reference point for all design work in order to pull all the disparate network layers into a single place where Telefónica’s team can visualise it. This allows them to make rapid decisions around planning and building now, and for fulfillment and orchestration later on.

Finally, it was important to be able to automate the build-out of 5G transport. There are lots of tools to automate the radio design process, but if the rollout of the transport network is manual and labor-intensive, Telefónica won’t be able to hit the speed required for 5G.

The results so far of the partnership between Telefónica and Blue Planet are impressive and encouraging. One of the big benefits of using standard APIs is that we were able to integrate eight different downstream vendors using just three APIs. And by putting all the data into a single location – a “single source of truth” – we were able to entirely eliminate “swivel chair” management.

We were also able to simplify the planning process significantly, making it a push-button process from service order submission to network rollout. Often, a 70%-75% savings in overall provisioning is achievable.

As Alberto noted, “An important lesson learned is how easy it could be to do the automation of the stitching between domains in order to give this holistic view of the network. This is a key expectation from the operations teams in order to support the network.”

Finally, time to revenue is much, much quicker because it takes far less time to get customers up and running on the deployed infrastructure. In the PoC, we were able to reduce the time it takes to deploy new services from hours or days to just minutes.

Webinar
Webinar – Network Slicing: Key automation building...
Infographic
How healthy are your network operations?
What Is...
What is Service Lifecycle Automation?
Case Study
Blue Planet Inventory: From Back Office to Busines...
Article
#Ciena25: Best Wishes from Some Amazing Customers:...

November officially marks Ciena's 25th anniversary. To kick off the month, a few of our customers se...