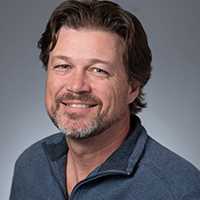 Bo Gowan
Director, Social Media
As we close out another year, we look back at Ciena's biggest news and announcements of 2018.

Another year has come to an end, and most of us are (hopefully) just returning from taking a well-deserved break before ramping back up for what promises to be an eventful 2019 in the telecom and tech industry.  But before we accelerate into 2019, let’s take a look back at a great 2018.

Each year we put together a list of our biggest news and announcements from the past year (here’s our 2017 list). Our 2018 list reflects many of the hot technologies and topics that were the focus of our industry and our Ciena customers over the last year. And all of them are wrapped around the concept of the Adaptive NetworkTM, a new approach Ciena unveiled in 2018 that expands on autonomous networking concepts to transform the static network into a dynamic, programmable environment driven by analytics and intelligence: 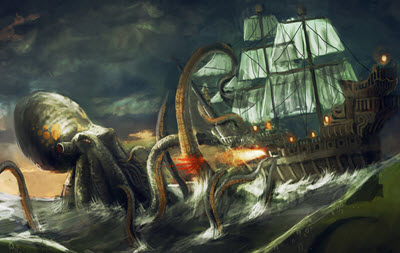 In January, we announced enhancements to Ciena’s GeoMesh Extreme submarine solution (which gave us the unforgettable Release the Kraken unveiling in 2017), including the addition of L-Band capabilities and the ability to operate on TE SubCom’s industry-leading L-Band web plant system, nearly doubling the information-carrying capacity of a submarine cable. 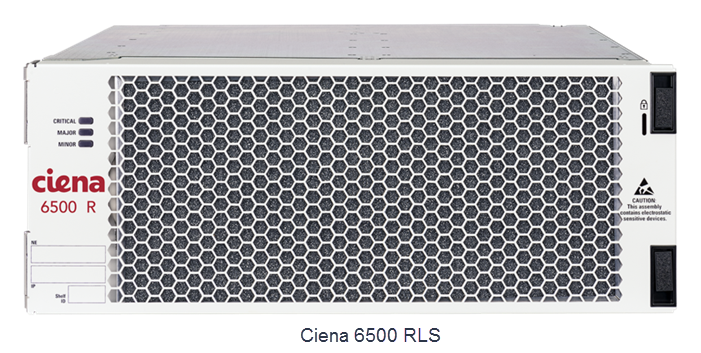 At the annual OFC conference in March, Ciena introduced two new platforms focused on helping tackle the fiber densification challenge.  The new Ciena 6500 Reconfigurable Line System (RLS) is a programmable, open, modular line system that is optimized for, and limits its capabilities to, photonic line systems functions – allowing it to scale to support the highest bandwidth requirements of metro and long-haul datacenter interconnect (DCI) as well as cable access applications. The 6500 RLS also introduced L-Band support.

With the new 8180 Coherent Networking Platform, Ciena introduces the combination of packet aggregation and integrated coherent optics in a compact, stackable “pizza box” form factor for the first time, with support for 400G wavelengths and scales to 6.4Tb/s of packet switching, all in a compact 2RU form factor. 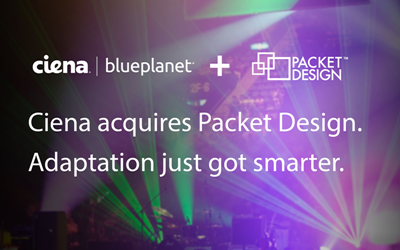 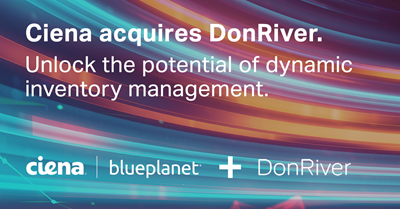 We weren’t done with software-focused acquisitions in 2018, also acquiring DonRiver later in the year. DonRiver specializes in federated inventory management within the service provider’s OSS environment, bringing both industry-leading OSS federation software and a highly skilled IT OSS services team to Blue Planet.

DonRiver’s flagship software solution, now called Blue Planet Inventory, consolidates the information from a network operator’s disparate inventory systems to create a unified, real-time view of network and service resources. By pairing this capability with our existing Blue Planet orchestration software, we can enable our customers to realize real-time synchronization of their inventory systems with the actual network state – something that does not exist in the majority of service provider environments today.  This improved inventory data accuracy allows our customers to optimize their critical OSS operations as well as their network resource utilization across multiple network layers and domains, reducing service and order fulfillment errors and increasing end customer satisfaction. 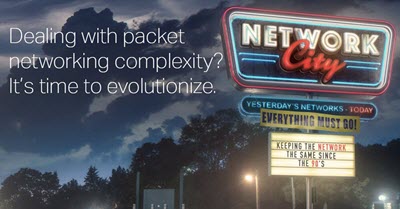 In October, we  introduced Ciena Insights Service, a comprehensive, cloud-based  analytics-as-a-service offering delivered in a subscription-based model.  Ciena Insights Service consolidates a wide array of analytics-based  capabilities into a single, multi-tiered service offering designed to  ensure networks are securely “fit for flexibility” today and into the  future.

In November, we announced enhancements to our award-winning channel partner program to better align with the rapidly changing IT landscape.

With the new Ciena Partner Network (CPN), Ciena is moving away from traditional, “one-size fits all” partner programs to a new collaborative and personalized approach, designed to enable and reward all partner business models from a single platform, inclusive of managed service providers, resellers, integrators, distributors, or service partners. Ciena is onboarding more than 200 highly specialized, industry-leading partners into the Ciena Partner Network.

Lots of customers and awards in 2018 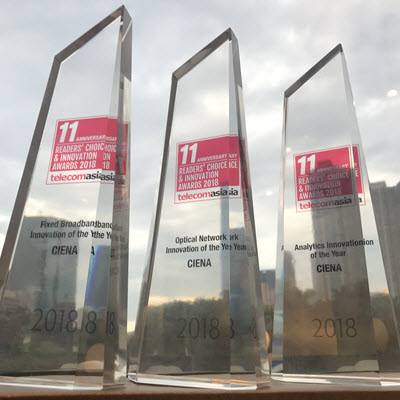 2018 was a big year for customer news and awards, with brand new customers like Deutsche Telecom Global Carrier, Hawaiki, and Sify Technologies, as well as news with additional customers like Southern Cross Cables, Vodafone New Zealand, Angola Cables, Telstra and Ericsson, and Jisc in the UK.

We also garnered more than our fair share of awards in 2018, with a bundle of awards at MEF18 (including Technology Provider of the Year), three Telecom Asia Readers' Choice Awards, a Global Carrier Award for Best Network Technology, and confirmation from the world's leading service providers that Ciena is the leading optical equipment vendor in the industry.

All in all, it was a great 2018 for Ciena and our customers, and we are already hard making sure that 2019 will be just as big of a year.  If you'd like to make sure you're aware of all the latest Ciena announcements in 2019, just subscribe to get updates on the latest Ciena news.

What's in store for Asia Pacific Networking in 2019

Hyped to Death: AI Must Avoid Becoming a Cliché

Article
Ciena Cares in Action: Our Response to Natural Dis...

Mark Stevens, Ciena’s Director of Corporate Social Responsibility, reflects on how Ciena and i...

November officially marks Ciena's 25th anniversary. To kick off the month, a few of our customers se...

Article
Get Ready to Geek Out! Ciena’s Guide to Geek Pride

Today is International Geek Pride Day. We're celebrating with some of the stellar minds at Ciena by ...

Article
Ciena's 9 predictions for networks and tech in 201...

Some of Ciena's most distinguished experts and execs give their predictions for the upcoming year.

Article
It Takes A Community to Raise a Network: The Ciena...

From Open line systems, the evolution of APIs, closed-to-open disaggregated platforms, and our Blue ...

Looking for some casual light reading this holiday season as you kick back in your favorite chair dr...