How quickly can you activate new MPLS services? 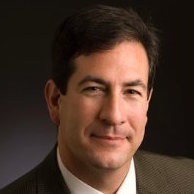 When it comes to delivering high quality services between geographically distributed locations, providers across the world have a go-to technology they rely on – MPLS tunnels. Each service request from a customer comes with unique requirements  - a bank may require gold priority paths with redundancy, a television network may demand temporary network connectivity to stream an event, a federal agency might want to send traffic excluding certain countries, or a customer could ask for a high-bandwidth, low-latency path for data traversing between headquarters and their data center.

The current approach for provisioning and activating an MPLS service with such unique customer requirements can take days or even weeks. Under the present mode of operation, a provider must have access to the current network topology of an ever-changing network, evaluate the performance metrics of each device, link and path between multiple source and destinations pairs, use manual, legacy offline planning tools to compute the new path, and manually configure all the routers along the new path.

Add multi-vendor devices or multiple autonomous systems to this mix, and the overall cost in terms of both OPEX and efforts can be quite high. But with the competition waiting with improved offers, customers may not be willing to wait for weeks, or longer, while the provider searches for the most efficient path that meets customer constraints.

There are many other challenges that arise when trying to provision new MPLS services and manage them. Some of them include the dependency on manual processes that increases the risk of configuration errors, the need for a full-mesh design when using RSVP-TE tunnels (which can take the number of tunnels to be managed in the network to thousands), the lack of visibility into the resources being consumed by existing RSVP-TE tunnels when trying to shift to Segment Routing tunnels (SR-TE), and many more.

By leveraging automation to plan and provision new MPLS tunnels, service providers can speed up service fulfillment times, better monetize their network, and reduce design and provisioning OPEX by a massive 95 percent.

The complexities of MPLS tunnels is the perfect application for intelligent automation. Automation puts more power in the hands of the service provider. It allows network teams to eliminate inefficiencies and errors caused by imprecise design tools and manual keying, allows them to more frequently analyze and optimize the existing network to accommodate more services, and it allows them to provision and activate these new services faster and at greater scale than ever before. 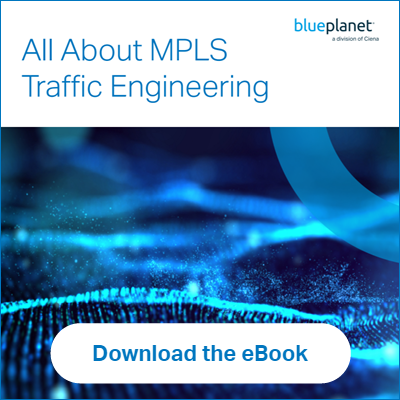 Blue Planet MPLS Network Automation is a vendor-agnostic solution that enables service providers to automate the planning, provisioning and activation of new MPLS services based on RSVP-TE or Segment Routing tunnels. Using the Blue Planet solution, providers can define a catalogue of services offered which can then be used to activate new MPLS tunnels that meet customer constraints. The constraints supported include bandwidth, QoS priority, type of MPLS tunnel, protection mechanisms, options to include or exclude nodes and links, and optical Shared Risk Link Groups (SRLG).

The Blue Planet solution passively peers with the routed network to maintain always up-to-date visibility of network topology, as well as collect traffic and performance metrics down to link level. By combining network-wide analytics with intelligent automation, it computes the path that meets the constraints defined, and then provisions and activates the MPLS tunnel in the network – all in minutes! In addition to faster activation of new MPLS services, the Blue Planet solution can also identify network congestion, and alleviate it by automatically redirecting a portion of the traffic over new MPLS tunnels, thereby optimizing the network.

By leveraging automation to plan and provision new MPLS tunnels, service providers can speed up service fulfillment times, better monetize their network, and reduce design and provisioning OPEX by a massive 95 percent. This is precisely why automation is so important.

Check out our latest technical demo video to see how service providers can use Blue Planet MPLS Network Automation to plan and provision a new constraint-based MPLS service path in minutes!